Recognizing and Fanning our Soul Spark

Hey, you! Yes, you. This video is a reminder that you are good enough. You are loved. You are a valuable part of what is going on. We are gearing up for some big transitions. In order to make them, we will be required to recognize that we are indeed, good enough. We are capable. In order for us to grow as a collective, it is important we release the we cannot do this program. This video covers over some of the ways we unintentionally limit our growth. Yes, there are skills to
22 views0 comments

Hello, community Fam! Back again with a little video on shifting timelines and harmonic adjustments created to support our understanding of what it is like when we are experiencing big changes and why. The week this video was recorded (this week) we have been working through grounding a harmonic upgrade/timeline transition out of the age of duality/control/power over that the last epoch in many ways came to be. This duality experiment is most certainly played its part and we
62 views0 comments

Meditation 2 pack: CELEBRATING THE PLANET and PURIFYING/UPGRADING OUR HEART SPACES

Helloooo, friends! Today is a wonderful day. We have a 4-4-4 gateway. It is Earth Day. If you were with us, we also got to have some great community co-creation in a live ceremony, then a live energy alignment, then a group call. Thanks to all who were able to join us. Special thanks to Jerome for part two. Part 1: This piece is our practice to support and celebrate planet earth Recorded on Earth Day 2020, this practice is all about connecting to the layers of our planet. Go
33 views0 comments

Greetings, friends! As we know, many of us on this planet were once plugged into a 3d grid system. A major energy overlay component of this grid is what is referred to as the 'archon grid'. (Though they overlap, please note they are not one in the same.) As I explain at the beginning of this practice (and in other pieces I will link below), many of us here on this planet experienced bodily adaptations that kept us plugged into and looping with our outdated timelines, past kar
119 views0 comments
Katie IndiCrow

A learning experience on stars and planetary consciousness facilitated by Katie IndiCrow Greetings, friends! Many years ago, I was receiving a reading when the person said to me, "The stars are speaking to you. Can you hear them?" I thought wow, that sounds very interesting. But how do I do that? Over the years, I realized that I had always been in that conversation. The skill was realizing that it was happening and learning how to speak back! Many of us are and always have b
98 views0 comments
Katie IndiCrow

Greetings, friends! A little over a month ago, I was invited to join a group called Co-Meditation Collective as one of the main facilitators. Each week, myself and a number of other contributors record unique practices (live) and then share them through our platform. Ever hear of Gaia tv or do the yoga videos online? This is very similar to that, with a menu of fresh meditations created each week that you are able to play at your leisure. The content rolls over each month! My
21 views0 comments
Katie IndiCrow

ECLIPSE 2017: Anniversary, Reflection, and Moving Forward Hey friends, Today is the two year anniversary of a huge series of lightwork actions that we co-created during August, 2017. For those who would like a reminder, back at this time we had been just given the permission to accelerate earth ascension timelines (April, 2017), Lion's Gate had just fired through, and we were in the full knowing that it was a huge gateway. I had organized an international community light anch
43 views0 comments
Katie IndiCrow

I come to you with an update about energetic communication patterns and a huge releasing of the veil that I am participating in as part of our energetic transformation process we are ongoing in these gateway moments. As part of my work, I spend a lot of time identifying sources of imbalance in the function of our planet. This morning, I am here to share about a huge discovery related to messages getting caught up and tangled in transmission as a result of the atmospheric cond
879 views0 comments
Katie IndiCrow

ENERGY UPDATE: INCOMING (and ongoing) WAVES Greetings, friends and be-ings of the light, As some of you may have noticed, I have gone quiet again this week. When this happens, as I have explained before, it is often because a) I am undergoing an energy upgrade or b) I am engaged fully in service work. As in most cases, the upgrades must come before the new phases of work and so for me this week has seen a bit of both. I like to be quiet during moments of transition, and to al
69 views0 comments
Katie IndiCrow

TIMELINE SHIFTING AND HOW YOU CAN UNDERSTAND/WORK THROUGH IT

Hello beautiful friends, We are once again dealing with the remnants of Eclipse related transitions in the timeline adjustment process. For many out there, this energy moment has created space for MAJOR timeline transitions and life adjustments. (Just as it was meant to.) I have felt and communicated with many people the last few days who feel very confused about the transitions occurring in their lives, and who cannot understand how to work with/through the chaos/rapidity of
22 views0 comments

In this video, I highlight the importance of doing what you can to share ascension energies during key alignment moments like our upcoming Eclipse. Building on 8 months of sharing, I remind you about the different skills we have been sharing and building, particularly through Love Wave. This ascension thing is not something done for us - it is by us - so join in and let's make this happen! CONNECTING IN FOR ANCHORING - Connect to the crystalline core of Gaia and align yoursel
24 views0 comments 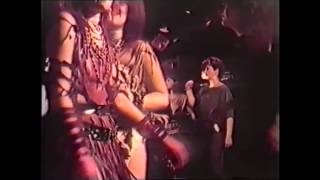 ENERGY UPDATE: Moving through the shi(f)t

Well, folks. Here we are. In the middle of another massive flux. I don't know too many people at this point who aren't experiencing it in some ways. We are all where we are at in our journeys, and this little ditty is accelerating and magnifying everything. All around, people are making note of feeling nauseous, tired, anxious, and there are reports of headaches and various other ascension symptoms. This is to be expected, and will continue until you're high vibrational enoug
35 views0 comments
Katie IndiCrow